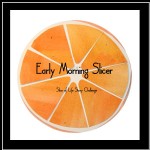 Background information: My husband loves cars. He especially loves a clean shiny car. Washing a car is not a chore to him. He finds it relaxing and when he is finished, the product is something to be admired because it looks so darn great! It’s not just the outside that gets tender loving care, but also the inside. He works hard to keep his cars looking great. So once in a while he gets a request from someone to make their car look like his. . .

Once upon a sweltering August day, my husband performed his car magic for his father’s neighbor. He told her no compensation needed, because she keeps an eye out for dad when we are not around. She didn’t listen to him. A gift card to Spiro’s Greek restaurant arrived in the mail. Unfortunately, we were unable to get to St. Louis to check out Spiro’s until recently.

We walked into a time warp, we were transported back to the seventies. The decor was the seventies but the clientele was in their eighties and even nineties. This dining room was beginning to look a lot like a cruise ship dining room. I said, “At least no one is pushing a walker.” I spoke too soon. Walker after walker came rolling through. I thought to myself, at least there’s no motorized scooter. Yes, you guessed it, one came rolling in. Perhaps it had something to do with the time of day. It was the early bird special hour. 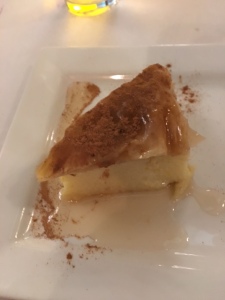 We couldn’t complain about the food. We had more than enough and it all tasted great. Since it was the early bird special time, we still have cash on the gift card. So a return visit will be in our future. Perhaps we should try a different time slot to see if a younger crowd shows up.

I love reaping the rewards of my husband’s hard work!